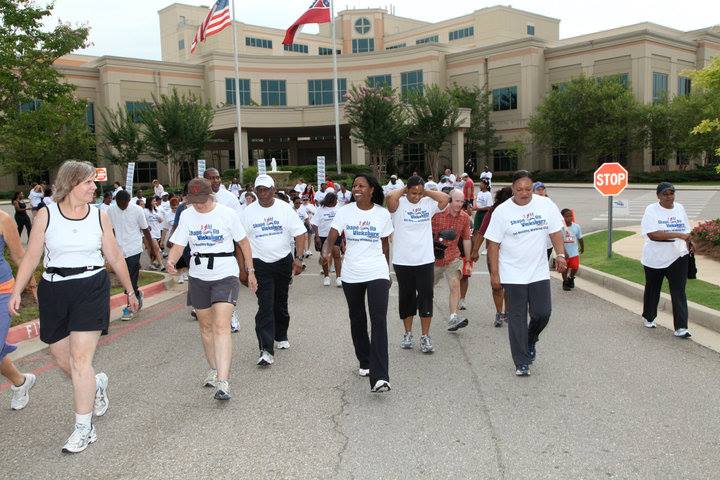 Walking Together to a Healthier Future with Linda Fondren

“Linda, I wish I’d lived my life more for myself.”

That’s what Linda Fondren, founder of ShapeUp Mississippi in Vicksburg, Mississippi, said her fifty-four-year-old sister told her before she’d died of brain cancer. But it wasn’t the cancer that had made her sister regretful, Fondren said; it was the obesity. Because of her weight, her sister couldn’t move around as much; it was her heaviness that’d truly physically restricted her, not her illness.

Six months after her sister’s passing, Fondren opened her women’s-only gym, Shape Up Sisters, for women like her sister, who wanted to work out and lose weight and didn’t know how. Her listening ear and dedication to transformation created waves of change that have given not only her but also the City of Vicksburg national attention for their efforts.

Her sister wasn’t the only thing that spurred Fondren to action. The Vicksburg native was fed up with the stereotype: Mississippi being first in everything bad, and last in everything good.

“Growing up in a state with a legacy of poverty, over-the-top obesity rates, so many other things we can name, and also having family members who passed away from obesity-related issues, I became determined to educate others about exercise and eating well with an emphasis on community support as a key to long-term solutions,” she said. “Those people who have passed on, they couldn’t take a step for themselves. I figure we as a community should take a step for them to succeed.”

Since starting her work, Fondren has helped her community lose over 15,000 pounds in a community challenge. She helped turn Vicksburg National Military Park into a forum of health and discourse, where citizens can take exercise walks while simultaneously participating in facilitated dialogue about the park’s history. The City of Vicksburg as a whole has made serious progress since Fondren and other likeminded individuals mobilized the community to focus on their health; this year, Vicksburg was among 200 communities nationwide who won the Robert Wood Johnson Foundation’s Culture of Health Prize for demonstrating “unwavering efforts to ensure all residents have the opportunity to live healthier lives.”

Fondren says nothing she does would be successful if she didn’t listen to the community about their needs. “Health means so much more than simply not being sick. Health could be a mom wanting a safe place for her children to go outside and play. Some just want a grocery store close in their neighborhoods. Some just want to be able to play outside without listening to gunshots.”

Thanks to Fondren’s influence, more walking trails have been added in the city. Every time one’s finished, Fondren plans a group walk there to bring awareness to it.
“If you’re not celebrating your successes, how will people know?” she said. “This is how we have city pride.

I like creating change. I like to get together and try to find solutions and figure out what role can people play. When you get together, and you can do that and you’re talking to people, people start asking: ‘What can I do? How can I serve?’ And when we get together, we come up with solutions on how thing can happen.”

Linda’s Tips on How to Build a Healthier Community