UProot Mississippi builds bridges that connect Mississippians to opportunities and resources that can help inspire them to lead healthier lifestyles. So we were excited to feature our state’s strong legion of public-health workers for National Public Health Week 2018; these hard workers are committed to improving the health and quality of life of all Mississippians, and strive every day to achieve that goal. (You can check out the State Health Assessment and State Health Improvement Plan for more about Mississippi’s public health goals!)

Each day of National Public Health Week 2018 spotlighted a particular public health-concern, with insight from a Mississippi public-health expert. We started off the week with a focus on Behavioral Health:

and finished the week with an empowering message on Ensuring the Right to Health.

We also celebrated with the Dr. Ed Thompson Walk for Public Health! See even more photos, and the live stream, on our Facebook page. 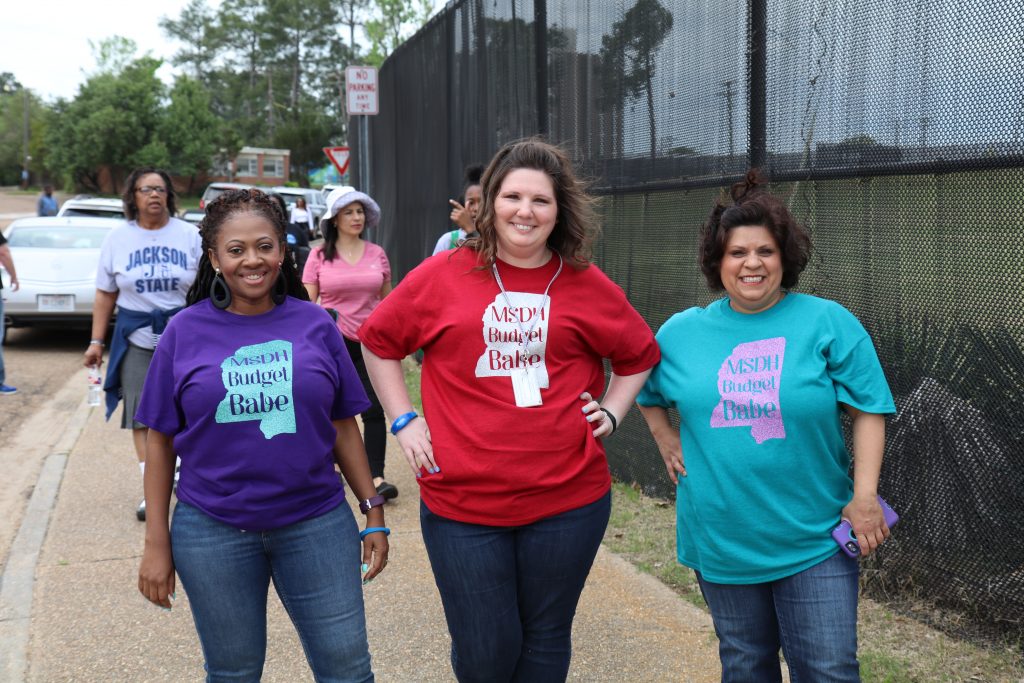 The year-old organization provides information and feminine-hygiene products and underwear to women of all ages.

It started out as a chance meeting.

The two women—Kate Roos was in Knoxville and Bloom, a Mississippi native, was working in Memphis —met at a women’s interfaith meeting a year ago after both women had relocated to Oxford. Drawing on inspiration from knowing people who’d done similar work in the past, Roos pitched a community outreach idea of giving back to their communities by delivering feminine hygiene projects, from tampons and pads to even underwear, to women in need. Spurred by their passion for the work, Roos and Bloom developed the project into a much larger program: Dignity Period.

In the short year since the founding of Dignity Period, they’ve served hundreds of women schools, shelters, they’ve served schools and many social welfare agencies, including the Department of Health in Lafayette County. Distributed over 4000 projects.

Roos says the organization serves two purposes. One is to provide feminine hygiene products to girls and women in need, primarily homeless people and people in poverty. The other part of their mission is to educate the public about not just the need but the impact of the stigma associated with periods, which can impact not only the dignity and self-esteem of those who have to go without hygiene products, but also can hurt their physical health, too.

“There’s a sense of shame at not having access to this material. You isolate yourself. You’re embarrassed at something that’s a natural bodily function,” Roos said. And for the women who might not isolate themselves, they’ll go to desperate measures to stem the flow. “One woman said she uses wads of paper towels that she gets out of the public bathroom. All of that can lead to infection. And if you’re not educated about it, you can use tampons and pads and not change them, and that could lead to infection, too,” she said

“The populations that we need to reach are kids in school, women who are homeless or victims of abuse, or people who just don’t have the money to buy the products, who can’t use food stamps, and in Mississippi they’re taxed, so it can be pretty costly if you’re a woman with low income who might have two daughters in school,” she said. “One women we spoke to had four daughters. That’s 30 or 40 dollars a month—a lot for someone who has limited resources.”

For the future, Roos says they begun expanding their services to older women with bladder issues, who might also isolate themselves for the same reasons a woman without access to tampons and pads would, but whose products are more expensive. They’ve also reached out to offer guidance to groups in Louisiana, the Delta, and North Carolina. But there are other ways to help Dignity Period; as a nonprofit, all financial contributions made to them are tax-deductible.

“It’s part of a larger empowerment of women,” Roos said.

Helping Out At Home:

Roos says it’s simple to start a similar project wherever you live. You can:

Dignity, Period of Oxford is glad to have partnerships, help other organizations get started, and accept both financial and product donations. To learn more about how you can help Dignity Period, visit their website: https://www.dignityoxford.org/you-can-help