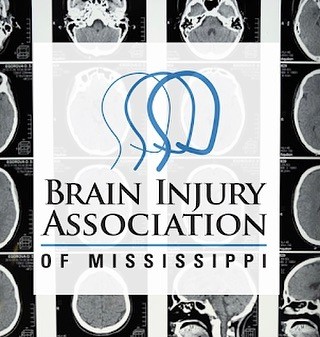 The Brain Injury Association (BIA) of Mississippi provides information, support, and resources to people with brain and spinal cord injuries, as well as their families, while also teaching the general public about injury prevention programs.

Mississippi is 3rd in the country in the number of brain injuries reported each year. Brain injuries are primarily caused by falls and motor vehicle accidents. Now, in its 30th year of service, the BIA of Mississippi is the only nonprofit in our state specifically assisting traumatic brain and/or spinal cord injury survivors, both civilian and military, and their families.

One of the main services that the BIA of Mississippi provides is support for people living with a brain injury. Before COVID, they had three different support groups around the state, but when everything closed down, they immediately switched to virtual support programs.

“We combined our three support groups into one big virtual support group. We’ve reached people that are in areas in the state that probably would never have gone to an in-person meeting, just because they’re out in a rural area or they’re too far away. We have 92 people in our virtual support groups,” said Lee Moss, Executive Director of BIA of Mississippi.

During the support group meetings, the BIA of Mississippi also provides other virtual opportunities for enrichment, like yoga, cooking nights, and meditation sessions.

“We do these activities because these are things that some of the members have never done before, and, with meditation in particular, it’s really helped them learn how to better be calm while being isolated,” said Moss.

The BIA of Mississippi has three annual fundraising events.

Dash ‘N Splash is a race held every June, with walk, run, and wheelchair categories. The race ends by the Reservoir in Ridgeland with activities like water slides and balloons, and snacks like watermelon. This year, the BIA of Mississippi plans for an in-person race on June 26, 2021.

The “Salute to Our Heroes” Virtual Drawdown typically consists of an in-person drawdown and gala, but last year they switched to a virtual event due to COVID-19. The event had such a good virtual turnout that they decided to keep it online again this year.

The NogginFeast: A Celebration for the Brain is one of the Brain Injury Association of Mississippi’s most popular fundraiser events, held at the Renaissance in Madison. In its third year, NogginFeast consists of  20-30 local food and liquor vendors and live entertainment. This year’s NogginFeast will take place on October 25, 2021, and tickets can be purchased at the door. Brain injury survivors and their families can attend the event at no cost.

Normally, BIA of Mississippi celebrates Brain Injury Awareness Day on March 11 every year at the Capital, but this year they commemorated the day virtually. Throughout the day, they used Facebook to share videos in which brain injury survivors told their stories.

Throughout the month of March, BIA of Mississippi shared resources and statistics about brain injury awareness and prevention on their social media.

“We had to come up with something since we couldn’t be in-person, and, honestly, I feel like we reached more people this way than we would have at the Capital. We wanted to help people learn everything they need to know about brain injury through a virtual platform. In the process, we’ve even found some new survivors that needed help, and they previously didn’t know about us,” said Moss.

Over the last year, the ability to hold virtual events became more important than ever. BIA of Mississippi is a great example of how to move forward with events: integrate virtual events with in-person ones, even when people are more free to gather. The ability to learn new virtual ways to reach people regardless of their location in Mississippi is something that all organizations should carry forward.

Know the facts about brain injury.

“A lot of brain injury survivors look fine on the outside. Traumatic brain injury contributes to 40% of mental illness. That’s a big deal. People who sustain a concussion may not even have any symptoms at the time of the accident as well, like with NFL players and people in the military, but over time it can lead to issues like depression, PTSD, addiction, and more,” said Moss.